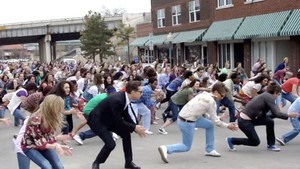 Thanks to  TV.com for pointing out how cool a video from an incredibily uncool band can be!

"Hanson has a new song and the band's creative director, Paul Lawson, has done something clever that will interest photographers and film-makers alike. The video has been shot on the Canon EOS 7D using Nikon AI (Automatic Indexing) lenses from the 1980's. The older lenses were used to mimic the look of vintage film. As uncool as you might think the band is, you have to admit that the video is pretty impressive -- especially if you're a digital SLR film-maker and noticed the lack of aliasing and other dSLR issues. Plus, it pays the ultimate homage to The Blues Brothers. Make sure you check out who makes a cameo on tambourine."

It’s Black Friday week on WonderHowTo! Don’t miss out on all of the big sales in the Gadget Hacks and Null Byte shops. And if you’ve been wanting to take some classes without going into debt, check out our best deals on online courses for a variety of skill sets. Don’t miss out on these huge discounts: